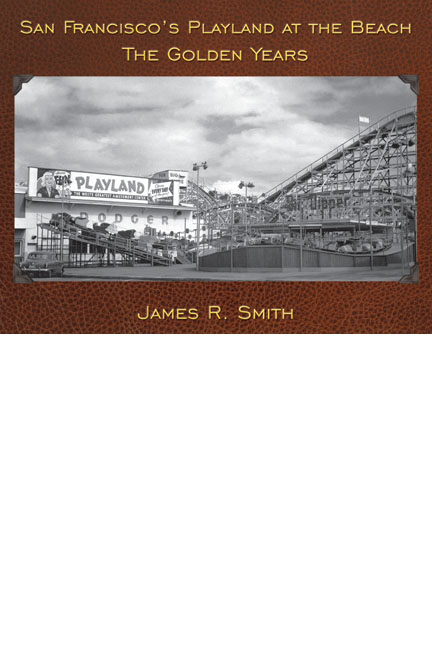 Long before Disneyland, there was San Francisco’s Playland at the Beach, a magical and glamorous amusement park that is still revered by San Franciscans more than 40 years after it closed. A beloved part of old San Francisco, Playland incorporated rides, dining, sightseeing, and socializing, and its pioneering rides and attractions inspired the designers of the amusement parks that followed.

While The Early Years told the story of the beginnings of Playland, The Golden Years covers the years 1940 to 1972, showcasing both the dazzling height of Playland’s postwar popularity and its decline, closure, and de struction during its final years. Together, the two volumes make a complete history of Playland and San Francisco recreation and leisure, as well as an amazing collection of beautiful and historic photographs — a wonderful companion set for any lover of old San Francisco.

Illustrated by a huge collection of rare black-and-white and color photographs, San Francisco’s Playland at the Beach: The Golden Years transports the reader back in time to experience the rides, attractions, restaurants, and behind-the-scenes operations of the great amusement park at the height of its glory.

Comprehensively documented and illustrated, San Francisco’s Playland at the Beach: The Golden Years is the definitive and authoritative history of one of America’s landmark amusement parks.