Quill Driver Books » Products Page » California » The All-American Crew: A True Story of a World War II Bomber and the Men Who Flew It
« Return to Previous Page 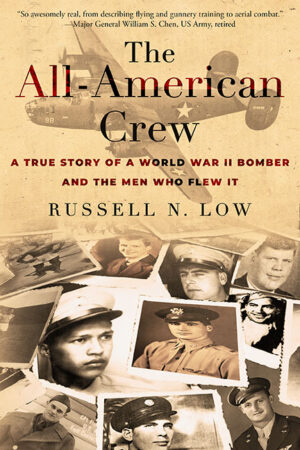 Stanley Low did not want to be a hero and would not have welcomed the description. A Chinese American kid from Salem, Oregon, who wasn't yet old enough to vote or drink beer, Stan joined the army because there was a war on and it was his duty. As Stan trains to become a bomber nose gunner and heads into combat, he experiences loneliness, racism, his first beer, his first romance and the horrors of war.

Stan also forms a tight bond with his crewmates, who come from every American ethnicity and walk of life, including Irish American pilot Scott Regan and Jewish American bombardier Jerome Lesser. The ten men of Stan's bomber crew—rich and poor, from old American families and recent immigrants—form an all-American crew whose dedication to the country and their team elevates them above their individual differences.