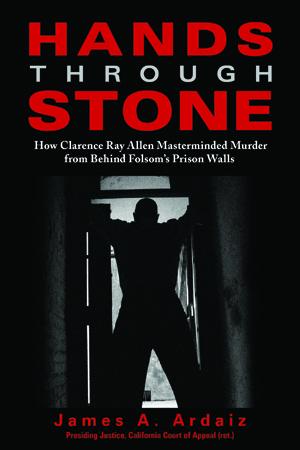 Even hardened detectives were shaken by what they found at Fran’s Market in rural Fresno that night in 1980. Three young people lay in their own blood on the market’s concrete floor, executed by a merciless killer, while a fourth victim barely held on to life. Then a grim investigation became even grimmer when the evidence led to the man who ordered the killings — a convicted murderer already behind the walls of Folsom Prison.

Hands Through Stone reveals the true story behind the Fran’s Market murders and their psychopathic mastermind, Clarence Ray Allen, the last man executed in California. Written by James Ardaiz, one of the first investigators on the scene and the prosecutor who built the case against Allen, Hands Through Stone gives the reader an insider’s view of the tortuous, multi-year investigation that brought Allen to justice.