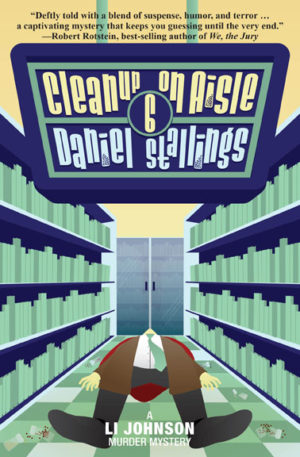 Liam "Li" Johnson is a different kind of amateur sleuth, who brings a fresh, young, working-class sensibility to the traditional murder mystery. Li solves the intricate murders that the cops can’t, but he’s not a refined English gentleman of the interwar period — he’s a modern California twentysomething struggling to get by in the service economy.

Determined to clear Reuben’s name, Li sets out to find what really happened to the shopper in aisle six. But if Reuben didn’t kill the food critic, who did? The many restaurant owners the critic maligned? The critic’s psychologically abused son? The newspaper editor harassed by his most cantankerous employee? Why does the city’s shadowy political boss, the perky and commanding "Mrs. Mayor," try to warn Li off his investigation? Li tries to answer these questions while dodging the attention of a homicide detective who hates amateur sleuths.