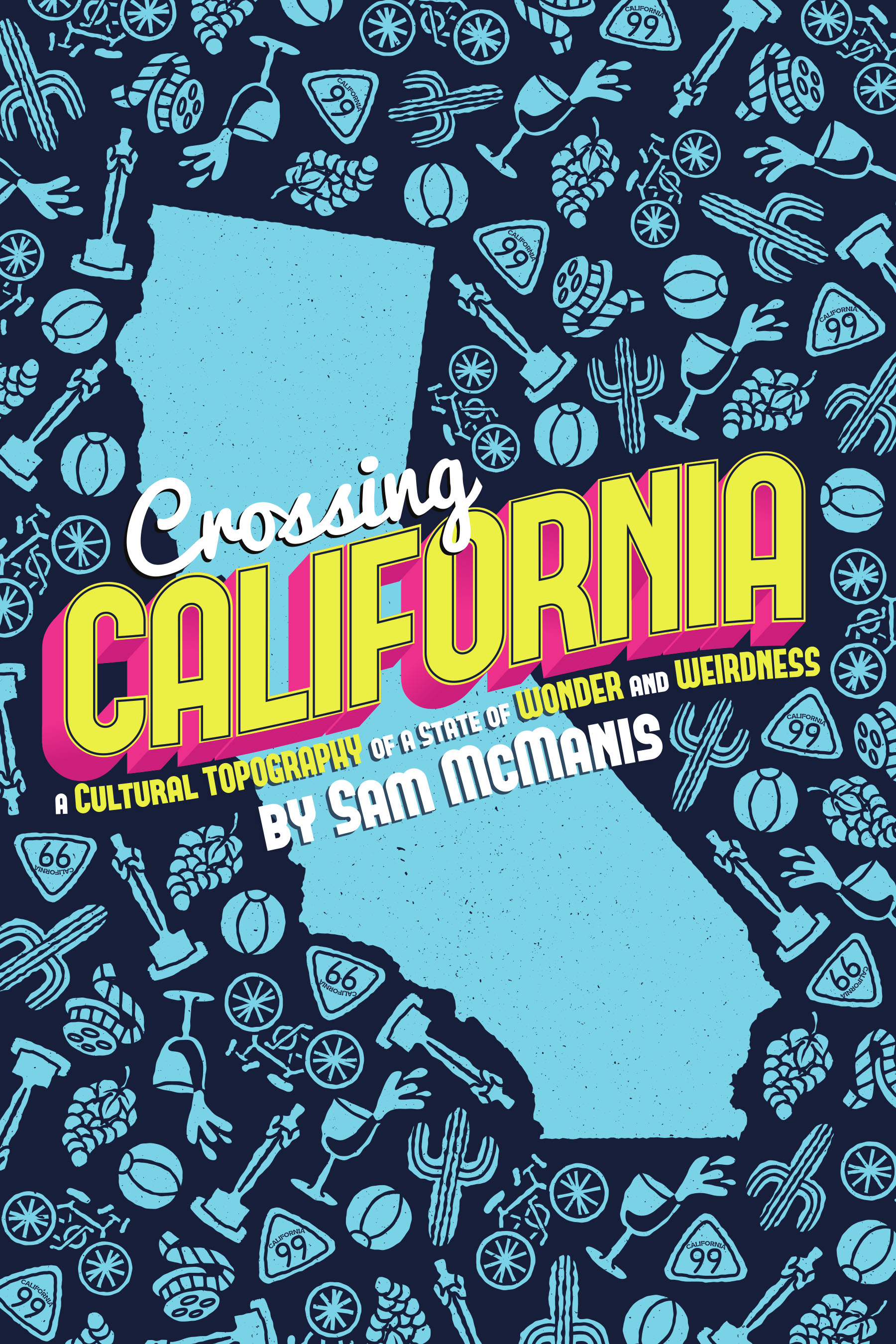 McManis has stalked the tony aisles of the newly minted Broad Museum in gentrified downtown Los Angeles, and quick-footed it through the International Banana Museum along the desiccated shores of the moonscaped Salton Sea. He has inadvertently gotten his car stuck in a tree at a cheesy drive-thru giant Sequoia roadside attraction along the hemp highway between Mendocino and Humboldt, and witnessed, with both fascination and can’t-look-away horror, grown men and women, sans children and sans inhibitions, belt out full-throated versions of "Let It Go" at a Disneyland sing-along. All told, Crossing California is a trip.