in the midst of the sea 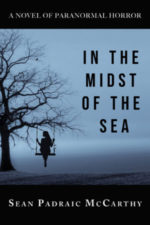