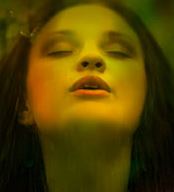 “Memortality was mind-blowing. There is no other way to explain what it does to the readers.” —Annelise Lestrange

In Memortality, Minerva discovered her power to raise the dead, revived her dead lover Raven, and vanquished Jules, the rogue government agent who tried to exploit Minerva’s power. Minerva gave her life to defeat Jules — but Raven has the Gift as well, allowing him to sustain Minerva while she sustains him. Literally living on each others love, Minerva and Raven plan to spend forever with each other.

After her dangerous adventures in Memortality, Minerva has reconciled herself to being dead. She’s enjoying her romance with Raven and the companionship of the friends she has made — Carson, the taciturn secret agent, and Amber, the confident, self-assured doctor who has appointed herself Minerva’s big sister. The renegade government operator Jules, Minerva’s worst enemy, has been banished from reality and trapped in her own mind. It seems like Minerva is free to enjoy the eternity of her unnatural life.

But immortality isn’t safe. Minerva and Raven’s life-giving powers mysteriously fade, forcing them to take refuge in The Between, a shadowy realm of memories that lies between life and death.

In The Between, Minerva and Raven are confronted by their old adversary Jules who, freed from her mental prison and partnered with a long-dead Nazi scientist, seeks to escape The Between and return to reality, to conduct a monstrous experiment that will change the destiny of the human race.

But Minerva and Raven also find new allies in The Between, including a legendary pair of medieval archers bored of the afterlife and intent on returning to the land of the living.

And back in the real world, Minerva’s mortal friends are on the own quest to uncover a conspiracy to control the top-secret government agency that tried to enslave Minerva to control her Gift.

The paths of the living and the dead, the mystical struggle to escape the afterlife and the earthly struggle for power converge in an all-out battle to control a jewel with powers over both the metaphysical and material planes.

Featuring an intrepid, take-charge heroine in a mind-expanding world of limitless possibilities, Paralucidity brings new depth and action in a genre-breaking fantasy novel. 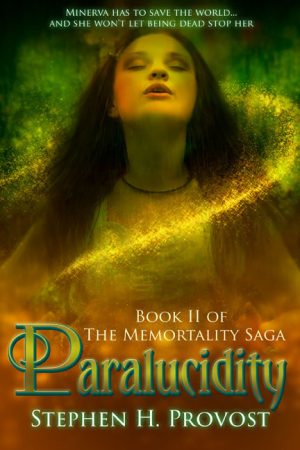 About the Author: Stephen H. Provost is a journalist and author. He has worked as an editor, reporter, and columnist at newspapers throughout California. He is the author of Fresno Growing Up: A City Comes of Age 1945–1985, a history of his hometown; Highway 99: The History of California’s Main Street; and Memortality, the first book in the contemporary fantasy Memortality Saga. Provost lives with his wife on California’s Central Coast, where he is the editor of The Cambrian newspaper.