“The Ten Commandments of Comedy” by Emmy-winning writer Gene Perret 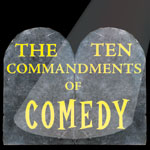 Can following rules make you funnier? Are there are a set of steps that make weak material funnier and turn an okay gag into a killer? Gene Perret thinks so, and he should know — Gene is a comedy legend, a three-time Emmy-winning comedy writer who worked for greats like Bob Hope, Phyllis Diller, and Carol Burnett. 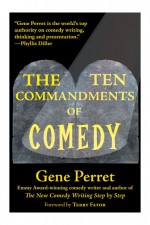 In a 50-year comedy career, Gene has figured out every variable that makes a joke funny — elements like surprise, currency, truthfulness, and vivid imagery. Gene has reduced his wealth of comedy knowledge to just ten simple principles, which he presents in his new book, “The Ten Commandments of Comedy.”

ORDER the “Ten Commandments of Comedy” from Quill Driver Books!