Author, artist, bullfighter, filmmaker, barkeeper, diplomat — Barnaby Conrad, who lived more than most, is dead at 90. 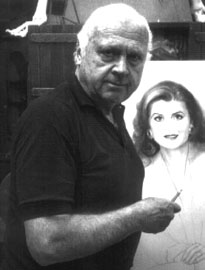 We were saddened to read in the Santa Barbara Independent  that Barnaby Conrad, one of Quill Driver Books’ most exciting writers, has died at age 90.

Barnaby’s long and adventurous career began as a U.S. vice consul in Spain in 1943. After stints as a diplomat and a bullfighter, Barnaby returned to the United States in 1947 to work as Sinclair Lewis’ private secretary. As a young writer, Barnaby put his first-hand knowledge of bullfighting into his bestselling 1952 novel Matador and his highly acclaimed 1958 nonfiction book, The Death of Manolete.

Barnaby drank deep of the cup of life, and he will be missed.