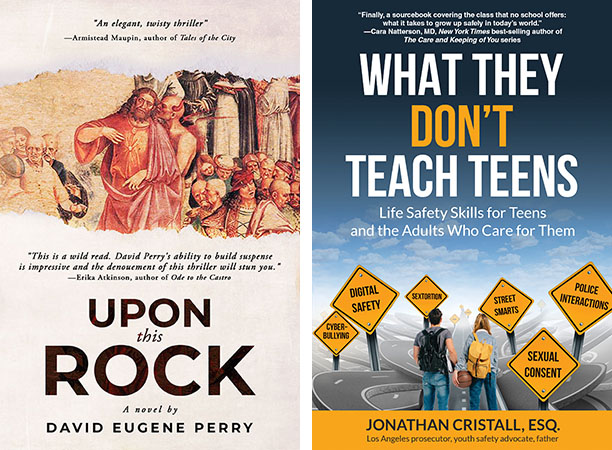 We are pleased to announce that two Quill Driver Books titles, Upon This Rock by David Eugene Perry and What They Don’t Teach Teens by Jonathan Cristall, have been named finalists for the Independent Book Publishers Association‘s annual Ben Franklin Award, one of the highest and most respected awards for books published by independent publishers.

Congratulations to David Perry and Jonathan Cristall for these richly deserved honors!