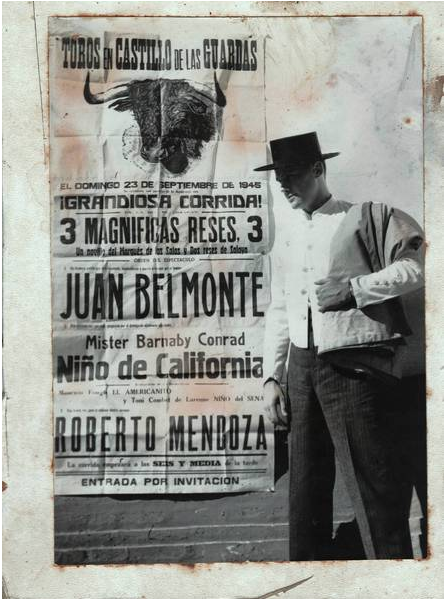 Update: The New York Times ran a fine obituary of Barnaby Conrad, that shows the incredible scope of Barnaby’s life.

As a 19-year-old art student one summer in Mexico City, Barnaby Conrad attended a bullfight, and, with a whimsical bolt of Hemingwayesque bravado, leapt into the ring and challenged a bull himself, using his Brooks Brothers raincoat as a cape.

When Barnaby Conrad was nearly killed in a 1958 bullfight, his celebrity pals were buzzing about it at Sardi’s in New York. “Did you hear about poor Barnaby?” Eva Gabor[1] asked Noel Coward in her thick Hungarian accent. “He was terribly gored in Spain.” Shocked, Coward soon realized he’d misheard. “Oh, thank heavens,” he sighed. “I thought you said he was bored.”

Mr. Conrad was, at various times, a bullfighter, a diplomat, a man about town, an author, a painter, owner of a North Beach night spot in one of San Francisco’s golden ages, and a patron of the arts. 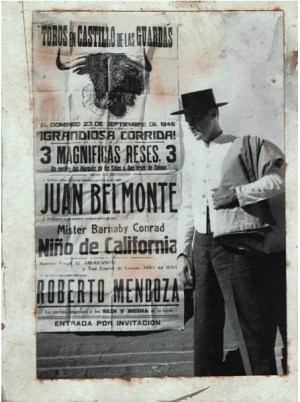 Barnaby Conrad Jr. in Spain in 1945. The bullfighter, bon vivant, portrait artist, saloonkeeper to the stars and author of 36 books died last week in Carpinteria at age 90.

Quill Driver Books was proud to work with Barnaby Conrad on three books.  He is remembered fondly.