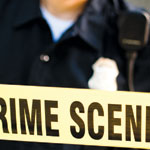 Have you ever wondered what it’s like to drive a high-speed car chase? Or to piece together the clues that solve a mystery? Have you ever thought that you could totally fight crime, if you had the right training and equipment?

Nearly everyone has wondered what it’s like to be a police officer — now here’s a book that will tell you what it’s really like: “400 Things Cops Know: Street-Smart Lessons from a Veteran Patrolman” by Adam Plantinga, a talented new writer who just happens to be a sergeant with the San Francisco Police Department.

Bestselling thriller author Lee Child calls “400 Things Cops Know” “A mix of hard-boiled autobiography and streetwise poetry. Certain to be one of my books of the year.” And legendary police writer Joseph Wambaugh says, “Every cop should read this book and so should anyone who wants an uncensored peek into the real world of street cops. It’s wise and witty, fascinating and fun . . . a lot of fun!”

In a no-nonsense, sardonic, only slightly cynical voice, “400 Things Cops Know” tells you everything Plantinga has learned from 13 years on the beat, from driving and street-fighting techniques to the root causes of crime, to what police officers really think about the public they serve. “400 Things Cops Know” plunges the reader into the real world of police officers, a life of danger, frustration, occasional triumph and plenty of grindingly hard routine work.

Part memoir, part practical advice and above all, a series of fascinating stories about everyday life as a cop, “400 Things Cops Know” puts the reader into the middle of the police experience. Writing directly to the reader in the second person, Plantinga gives the same blunt advice about the reality of police work he would give to a rookie officer — warnings like “You will get hurt on this job. It is a certainty,” and “Be prepared for a gunfight. Always have an idea of where you could go for cover if bullets start flying.”

If you’re a mystery fan, a true crime fan, or if you’ve just wondered what police work is really like or why cops do what they do, you’ll be fascinated by “400 Things Cops Know.” 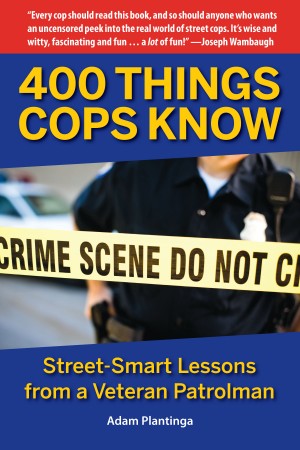