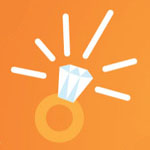 So it’s natural that Stallings’ debut novel Sunny Side Up should take a classic murder mystery premise and bring it into the modern era, with glamour, intrigue, and wit — plus a working-class amateur sleuth.

Sunny Side Up introduces the new mystery hero Liam “Li” Johnson, underemployed Millennial. For Li, a job as a cruise ship waiter was supposed to be a way to get over his father’s death and earn enough money to go back to college. Instead, Li is struggling to maintain his sanity while coping with the demands of a sadistic maître d’ and a boatload of entitled rich jerk passengers.

Get your copy of Sunny Side Up here!