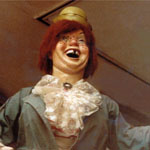 We’ve just released the next book in the Playland saga, “San Francisco’s Playland at the Beach: The Golden Years“.

While “The Early Years” told the story of the beginnings of Playland from the 1910s through the 1930s,  “The Golden Years” covers the years 1940 to 1972, depicting both the dazzling height of Playland’s postwar popularity and its decline, closure and destruction during its final years. Together the two volumes complete historian James R. Smith’s magisterial history of one of America’s greatest amusement parks.

With over 300 rare, historic photos, many of which have never before been published, “San Francisco’s Playland at the Beach: The Golden Years” documents the rides, the attractions, the restaurants, the crowds and the fun of Playland. Here’s just a taste: 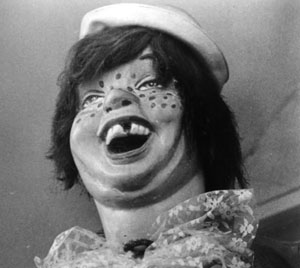 Laffin’ Sal, the presiding genius of the Fun House 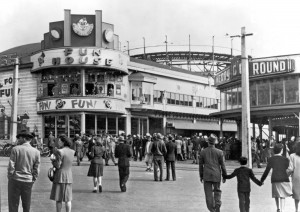 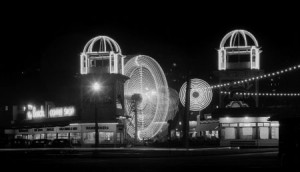 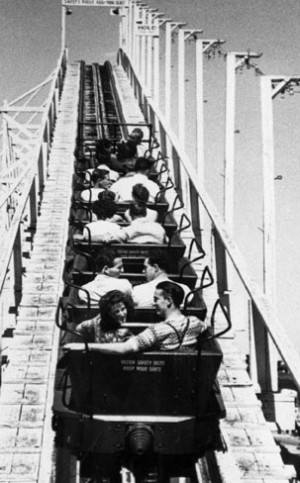 Going up on the Big Dipper roller coaster 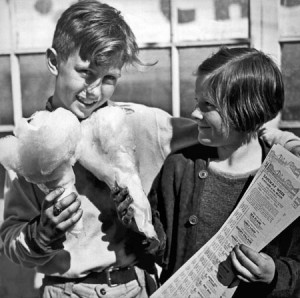 Cotton candy on the Midway 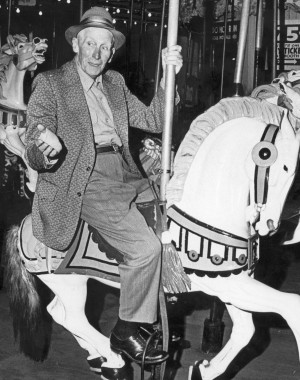 A codger on the Merry-Go-Round 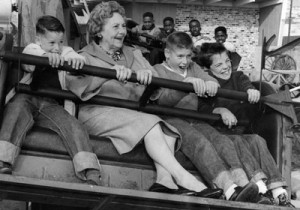 Richly illustrated with amazing period photographs, “San Francisco’s Playland at the Beach: The Golden Years” is a time machine fun ride through the history of a great park.