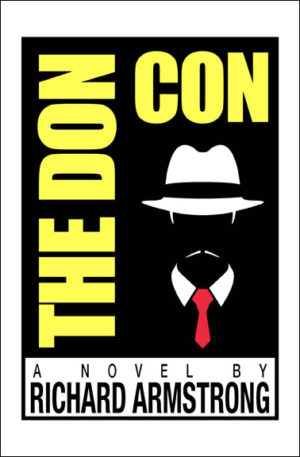 But now he’s unemployed, broke and forced to make a living by signing autographs at pop-culture fan conventions, or “Fan-Cons,” for $35 a pop. His lack of income, along with his chronic womanizing, has put his marriage at risk, too.

Combining the intrigue of Ocean’s 11 and The Bank Job with pointed comic takes on The Sopranos, The Godfather, Comic-Con, Star Trek, The Sting and nerd culture, The Don Con is a crime thriller / screwball comedy that will leave readers breathless with excitement and laughter.